In order to make it easier for users to use our website, we use cookies.By using our site, you consent to the storage of cookies on your computer/device. Nastavení cookies můžete změnit v nastavení vašeho prohlížeče.
Ok
Login New registration
0
0 pieces 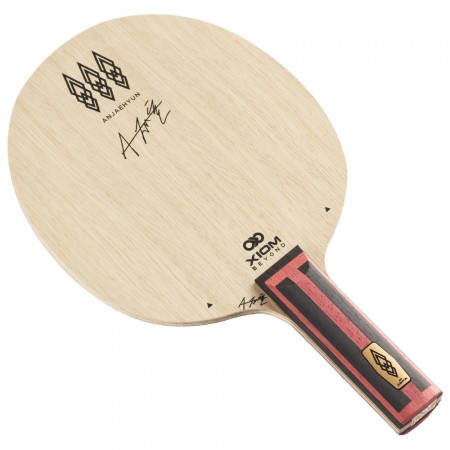 TMX, a new concept special material selected by An Jaehyun

This is a blade designed by the Xiom blade R&D team to place
the next-generation composite new material 'TMX(TRIMETRIX)'
close to the center of the blade for the sensuous and powerful performance desired by An Jaehyun, a member of Xiom Stars and the national table tennis player of Korea.

The delicate vibration value setting of TMX to help control the ball in the strong topspin attack situation that An Jaehyun likes will give you an experience of dominating the game with a resilient ball and amazing sense that you have never felt before.

and X-Carbon, in one place for a new blade special material layer. And after numerous research and tests, they have successfully developed a new material ‘TMX (TRIMETRIX)’ with an optimal balance point.

The selection and use of TMX blades by a number of professional table tennis players, including national players An Jaehyun and Cho Daeseong, shows that the amazing performance of TMX is unquestionable.

The alchemical efforts of the Xiom R&D team to realize the impossible will never stop.